I caught more than the horses this day!!
One beautifully sunny morning I went down early to catch in two steads, Tubs and Oscar both needed for lessons that day. Tubs proved difficult to catch. She as much as said "Oh no, you must be mistaken I'm not working today, now go away till I work on my tan". You'll see from the photos below that a horse will always tell you when they are just not that enamored with you catching them, the tell tale signs are:


After Tubs gave me the run around for 10 minutes Oscar being the gent that he is proved to uphold his dapper nature and was easily caught. A welcome contrast to Tubs moody morning displays!!

So with both capaills caught I was walking back up the field and unfortunately tubs smelt the spare carrot treat I had in my pocket. I WAS going to treat them both to an 'On the Go' snack. However before I had time to administer my tantalizing treat. Tubs leaned her head into my pocket, her nose confirming that it was indeed a carrot hidden in there. In her excitement she stood too close to me. The next thing I felt was the pain shooting up my leg emanating  from my foot. Yep the lady had full on stood on my foot. I shook it off thinking it'll be OK 'I mean how bad can it be'. For the rest of the day my foot felt very tender and quite sore. I decided to wait until that night to inspect it further as I thought if i take this boot off will i get it back on again?????

My instincts were right when I took my boot and sock off this is what I found.
Later to be found (two weeks later in fact) that I had indeed sustained a broken little toe out of my early morning dalliance with the lady Tubs.
The other thing I found out was that supposedly there is zero one or even the medical profession will do for a broken toe they say just leave it to heal!! 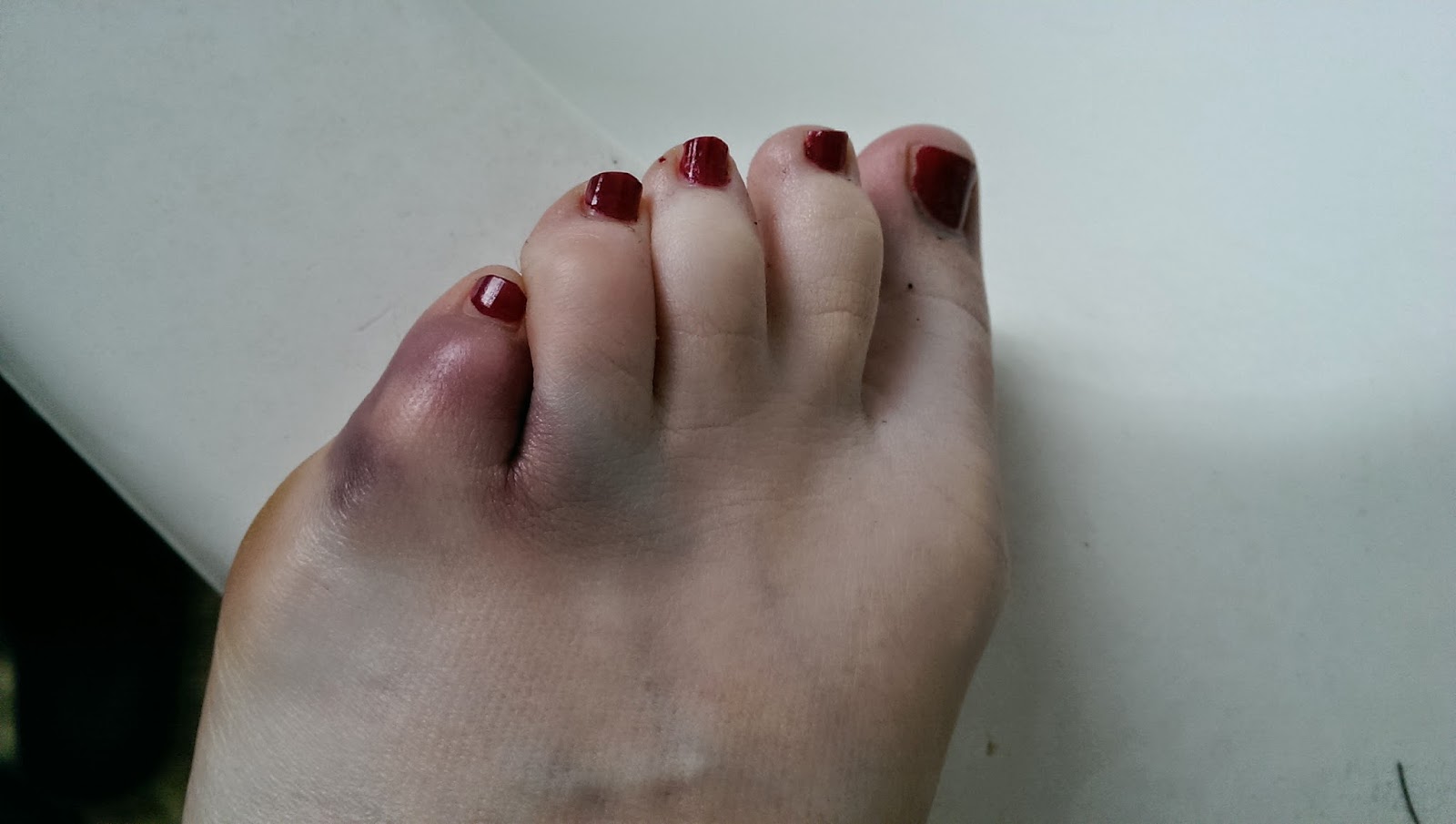